During the IAJGS 2019 International Conference on Jewish Genealogy, Ancestry announced that through their partnership with the Arolsen Archives (formerly known as the International Tracing Service-ITS) they added new Holocaust-related databases -neither of which requires a subscription-they are indexed and free access on Ancestry.  One of these two new databases were  850,000 documents from the American Zone of Occupation in Germany resulting in ten million names, Europe, Registration of Foreigners & German Individuals Persecuted (1939-1947).  This was posted to this forum in early August. To access the records on Ancestry go to: https://www.ancestry.com/alwaysremember

Ancestry donated the indexed dataset to Arolsen Archives and to the 11-nation International Commission of digital copy holders of the archives including Yad Vashem in Israel and the United States Holocaust Memorial Museum in Washington, D.C., to post on their website as well.

Arolsen has  now announced their partnership with Ancestry which helped process the large collection is now available in their online Arolsen Archives database.

After the publication of the documents from the American Zone of Occupation the Arolsen Archives will be putting further lists online- the next one is from the British Zone.

You will be required to agree to their terms of use including that you are using the information for research purposes and in accordance with applicable national laws.

The press release may be read in German or English. On the far right is either DE for German or EN for English. 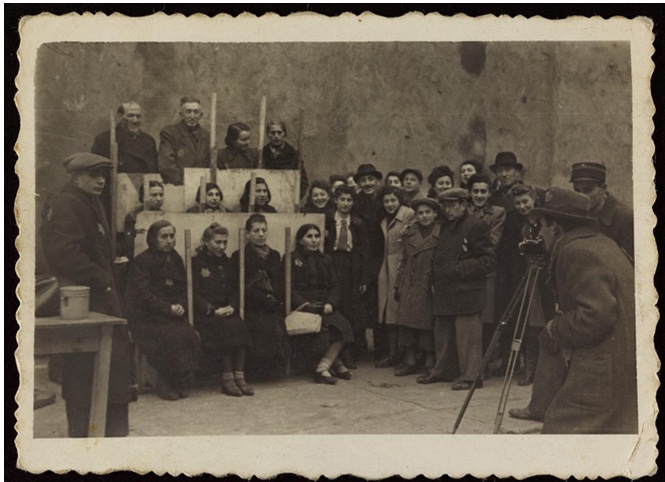